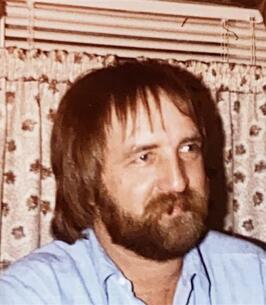 David Lee "Barney" Anderson, age 72, of Enid, passed away Monday, August 1, 2022 after a brief illness. It was David’s wish to be cremated, so his family will hold a memorial service at a future date. Cremation arrangements are under the direction of Ladusau-Evans Funeral Home.

David was born January 7, 1950 in Enid to Harold Orlo and LaVonta May (Lemke) Anderson. He attended grade school at Zion Lutheran School in Fairmont, and then graduated from Garber High School in 1968. It was there where he was given the nickname “Barney”. He graduated from Oklahoma State University in 1974 with a Bachelor’s Degree in Construction Technology. He worked for Rick Lorenz Construction until his health forced him to retire.

David is survived by his brother, Mike Anderson and his wife Sherry; nephews, Chris Anderson; Matt Anderson and wife Tiffanie; and great-nephews, Jaxon and Kyser Anderson, all of Enid. His parents, Harold and LaVonta Anderson, precede him in death.

Condolences may be made online at www.ladusauevans.com.

All rights reserved. This obituary is also archived at obittree.com