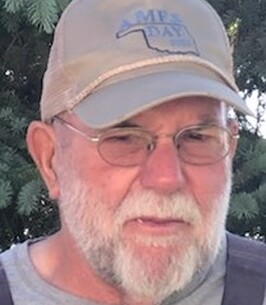 Funeral Services for Howard Delaplane will be held 10:00am, Monday, August 1, 2022 at New Hopedale Mennonite Church, with Pastor James Suderman officiating. Burial will follow in New Hopedale Mennonite Memorial Cemetery, under the direction of Ladusau-Evans Funeral Home.
Howard was born January 30, 1945 in Bucyrus, Ohio to Robert and Gladys (Smith) Delaplane and went to be with his Lord on July 27, 2022. He grew up in Pawnee Rock, Kansas. Howard attended Bethel College and graduated from Kansas State University in 1969 with a Vocational Agriculture Degree. Between Bethel and KSU, he went to Haiti and served with Mennonite Central Committee (MCC) for two years, working with local farmers in community development. Howard met the love of his life, Lavella Fern Pauls, in 1967 while giving a presentation on his Haiti experience at Camp Mennoscah near Murdock, Kansas. They were married July 28, 1968 in Inman, Kansas. After graduating from KSU, they both served in Bolivia with MCC for one year. Once returning to the US, he worked at several local farmer cooperatives; he finished 25 years of service at the Farmers Elevator in Ames. In 1989 he won Manager of the Year Award for the whole state of Oklahoma. He really enjoyed working for and with the local farmers. Howard really valued his Christian faith. He was a member of New Hopedale Mennonite Church in Meno since 1977. Howard served as a Sunday School teacher, deacon, church chairman, and is best known for his outreach to those that were unable to attend church. He and his wife spent many Sunday afternoons visiting those in nursing homes. After “retiring” he went to work on a dairy farm owned by Clayton, Laura and Byron Jantz. He enjoyed the struggles and successes of farming while working beside his son, David Delaplane. For the past two years he worked for Five80 Farms, checking cattle during the summer months. Howard finally “fully” retired in October of 2021. A hobby he took great pride in was woodworking.
Howard is survived by his wife of 54 years, Lavella Delaplane, of the home; son, David Delaplane and wife Angela of Enid; grandchildren, Carys Delaplane of Norman, Caedmon Delaplane of Enid; daughter, Cheryl Delaplane of Kimball, Nebraska and granddaughter, Morgan Delaplane of Lincoln, Nebraska; brother, Robert Delaplane and wife Lena of Sweden; and a host of family, step family and loving friends.
He is preceded in death by his parents; stepfather; stepbrothers and stepsisters.
In lieu of flowers, memorial donations may be made to MCC with Ladusau-Evans serving as custodian of the funds.
Condolences to the family may be made at www.ladusauevans.com

All rights reserved. This obituary is also archived at obittree.com